Nova Colonia do Blessed Sacrament was the first European settlement and the first and oldest city in what is now Uruguayan territory, made in 1680 by Maestre de Campo Manuel Lobo of the Kingdom of Portugal. Thus, with the support of traders River eager to consolidate their business with the Spanish America Janeiro, at the end of 1679 the expedition of Manuel de Lobo, Santos started from reaching the Rio de Plata in January next year. Between 20 and 28 the same month, the Portuguese forces began the establishment of Nova Colonia do Blessed Sacrament.

The territory was part of the Governorate of the Río de la Plata and was west of the line set by the Treaty of Tordesillas, but to the imprecision of the treaty and measurement methods of the time, the Portuguese believed that the line should extend west of the meridian set by the Spaniards and in that sense they used to include all the Eastern Band in its claim.

There were several differences between the two crowns to the line of the Treaty of Tordesillas:

Portugal claimed that the 370 leagues should be measured from the island San Antonio Cape Verde and Spain argued that it should be St. Nicholas Island.
Portugal held a map of Juan Texeira, whereby if the measurement was done from San Nicolas Island, the line should pass 19 miles east of Colonia del Sacramento, but if done from the island San Antonio, as he wanted Portugal , should pass 13 miles west of the colony.

The fleet consisted of two ships, two brigs and other smaller ships carrying four companies with 400 soldiers and artillery to defend if they thought the colony was attacked by Indians. On January 1 they arrived at the mouth of the River Plate and the January 20 San Gabriel occupied the island, near Cologne. The expedition carrying construction elements, tillage and 18 guns to the square. On February 25 Wolf wrote to the House (council) of São Paulo, asking for food aid and to maintain the colony.

The settlement was located in front of Buenos Aires, in the eastern territory the Uruguay River seeking the Governorate of the Río de la Plata (belonging to Spain) during the government of José de Garro and the Kingdom of Portugal. In addition to military purpose, the establishment in Cologne catered to the interests of the business sector of the Portuguese bourgeoisie interested in regaining access to exchange with Buenos Aires, legally protected by the privilege "seat". The suppression of the Portuguese monopoly on the supply of African slaves in 1640, cut the possibility of sending to the Spanish America of Brazilian products such as sugar, cotton and snuff and European manufactured goods in exchange for Peruvian silver. In addition, there was much interest in establishing a border framework to serve as a goal to reach by land the Rio de la Plata. Cologne became a dynamic center of smuggling of England and Portugal.

Aware of the Portuguese presence, the governor and commander in chief of the Rio de la Plata, José de Garro, sent on 7 February from Buenos Aires to sumaca San Jose to the island of San Gabriel, which, after making contact with Portuguese, on his return reported that they had settled an establishment, without being able to specify the place.

Garro began mobilizing troops to dislodge the Portuguese. He called for support to the viceroy of Peru, summoned local militias, of Paraguay, Tucuman and indigenous missionaries, after several months of preparation put together an army of 480 Spanish soldiers placed in command of Master of field Antonio Vera and Mujica. The cities of Corrientes and Santa Fe sent a company each and Tucuman did with four. The superior of the Jesuit missions of the Uruguay River met in 3000 Yapeyú Reduction indigenous (1,500 horses) and sent to Colonia del Sacramento.

Lobo called for reinforcements to Cologne, but the sumaca and barges that carried wrecked at the mouth of the River Plate.

On August 7, 1680 the Spanish forces raided Cologne. The square was renamed by the Spaniards calling Fuerte del Rosario, Wolf, taken prisoner, he was transferred to Buenos Aires, where he died on January 7, 1683.

Returning from Cologne to Portugal

Portuguese protests resulted in the signing of the Interim Treaty of Lisbon on May 7, 1681, which ordered the return of the square to Portugal, along with artillery, weapons and equipment and disapproval of the crown of the action taken by Garro, who would be sanctioned.

trade in the square was prohibited with the surrounding Spanish colonies and repair the walls they could only be carried out on land. The final decision on sovereignty in the area would be made by a joint committee to meet in the space of two months and if not reached an agreement, Pope Innocent XI would be asked to resolve it. The treaty was ratified by Spain on 25 May 1681 and by Portugal on June 13 the same year. When no agreement is reached, the Spanish crown sent a commissioner to Rome, but the Portuguese did not and the pope passed up the stipulated period of one year.

On 18 June 1701 the Lisbon Treaty which stipulated that Spain definitely would yield to Portugal Colony of Sacramento, revoking the Spanish-Portuguese agreement was signed 1681.

By the Treaty of Utrecht (1713) Cologne was in the hands of Portugal. Under Portuguese sovereignty colony it became a focus of Portuguese and British smuggling towards the Spanish possessions. On 22 November 1723 the Master of Field gift Manuel de Freytas Fonseca (Portugal) founded the fort of Montevidéu. On 22 January 1724 the Spaniards of Buenos Aires displaced the Portuguese, so that in 1726 Felipe V ordered the governor of Buenos Aires, Bruno Mauricio de Zabala, construction and fortification of Montevideo in order to control smuggling.

The Treaty of Madrid of 1750, which stipulated that Spain would keep the Colonia del Sacramento in exchange for giving Portugal the Jesuit reductions called "The Seven Peoples of the Missions" (in present Rio Grande do Sul, Brazil). The entry of Spain in the Seven Years' War (1762) interrupted conversations and Pedro de Cevallos reoccupied the colony. However, the war ended with the signing of the Treaty of Paris (1763), in which the return of the disputed colony to Portugal was set.

Finally, in 1777, the same Cevallos, appointed viceroy of the newly created Viceroyalty of the Río de la Plata, definitely occupied Cologne, conquest that was ratified by the Treaty of San Ildefonso, signed that same year, on the Spanish-Portuguese border He fixed in the Black river, leaving Spain in the possession of the southern half of present Uruguay. Cevallos founded by Portuguese from the Azores Islands San Carlos Maldonado.

On 5 March 1807 the British liberated from Spanish rule Cologne, encouraged ideas of independence (pact Francisco Miranda - Popham). Since September 1807 Jose Gervasio Artigas internally exercised command of the city. On February 15, 1811, Cologne joined the independentist Francisco Miranda ideas propagated by Popham and the newspaper the Star of the South, to add to the revolution of May. In 1813 Cologne was part of the Eastern Province.

In 1818, after 40 years, was again occupied by Portugal after the Luso-Brazilian Invasion of 1816. On December 2, 1828 definitely came under sovereignty of the Eastern State of Uruguay. 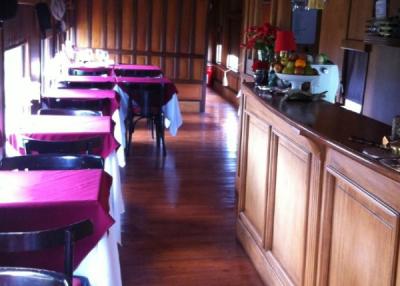 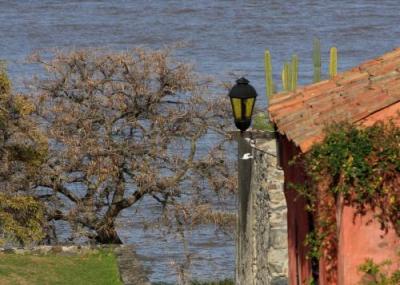 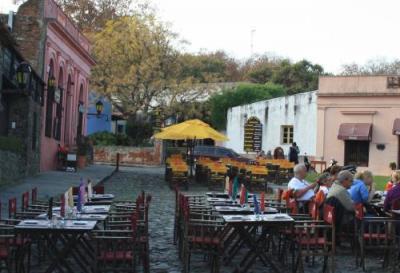